A Message From The Law Offices of Patrick S. Aguirre COVID-19 Virus Update We will aggressively defend any individual or business cited for violating COVID 19 regulations 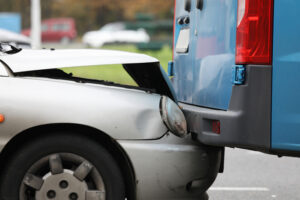 When a person gets on a bus, they are generally hoping only to get from point a to point b. Whether it is a city bus, Greyhound bus, or a school bus, most people never really think about what would happen if they were involved in a bus accident. Keep reading to find out how these cases are handled differently than car accident cases, and then contact Law Offices of Patrick S. Aguirre at 800-572-1252 for a free legal consultation.

Bus Companies Are Held to Higher Standards Than Private Citizens Are

One thing to know is that if you are injured on a public bus, the bus company has a much higher duty of care compared to someone who is driving their own car. This is due to the Common Carrier Rule. While this rule also applies to private bus companies, a private bus company is not held to the same high standards – though the standards are still more than the public would be held to.

While not all bus accidents involve city or state buses, many of them do. Any time the government is the defendant in a personal injury lawsuit in California, the victim has just six months to file their claim. Compare this to a case in which another person is the defendant, and the victim has two years to file their claim. If your case involves the government, we urge you to contact us as soon as possible.

What to Do if You Are Injured in a Bus Accident

In the event that you are injured in a bus accident, the first step is to get medical care. Once you have been seen by a doctor and released, you can begin to look for ways to hold the at-fault party accountable and to recover compensation for your damages. The first step of this process is to determine who was at fault.

The key at this step is to contact Law Offices of Patrick S. Aguirre at 800-572-1252 for a consultation. We can determine the facts around your case and help you understand who can be best be held accountable. Call us now so we can get to work.